This project examines merchants’ role in making knowledge move, through a group of London merchants of Swedish origin 1700–72. Despite their key role in Anglo-Swedish exchange, surprisingly little is known of these brokers. An initial survey of sources has revealed how they provided a communication infrastructure – consisting of financial, logistical and social services – to scholarly communities. By analysing the infrastructure, I pursue two aims: 1) to elucidate how letters, books, instruments and scholars moved; 2) to understand what meanings such knowledge exchange had in European mercantile cultures.

The duration of the project is 3 years. Methodologically, it relates to the field of digital humanities and to studies of the practices and materiality of knowledge making. First, I will map the merchants, by organising scattered sources in a digital database. Then, I will analyse the merchants’ communication infrastructure to understand what services the merchants provided, how they formed scholarly correspondence and why they were offered to scholars. 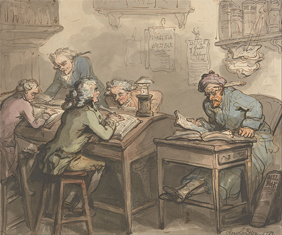